When Is It Okay to Reward Children for Doing the Right Thing? 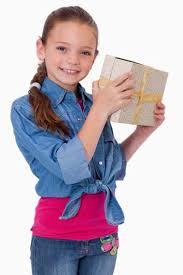 CEP asked the experts when it would be appropriate to reward children in our latest National Schools of Character publication.

Here’s what David Hulac, Marvin Berkowitz, and Russ Sojourner had to say:

David Hulac: School-wide positive behavior supports (PBS) involve the systematic collection of data to identify problem areas in schools as well as the implementation of interventions. These interventions may include procedural manipulations, clarifications or adaptations of rules, adjustments in staffing levels, changes in schedules or traffic patterns, an elevation in the level of praise, and instruction of students in regard to proper behavior.

In a school that is implementing PBS, data are collected prior to and after any intervention to understand its impact on student behavior. As PBS are implemented, many schools incorporate school-wide token economy systems into their plans. Typically, this consists of giving tickets or tokens to students who are demonstrating desirable behavior.

When should schools consider rewarding students? In general, the number of reward opportunities should increase whenever students are not displaying the desired behavior.

Such situations may include:

Conceptually, it is important to note that PBS systems are designed to provide environments where learning can be maximized. Whether a school is teaching reading, math, social skills, or character education, the environment must promote positive behavior and discourage disruptive behavior. Depending on the school’s population, a team may find that rewards are an effective component of a larger behavioral management system. The following situations should be avoided:

Giving rewards to students who have not demonstrated appropriate behavior first (non-contingently), though this may be recommended as part of a behavior plan for individual students with repeated or severe behavioral disruptions

Marvin Berkowitz: It is probably best to think of reward and recognition as part of a continuum of options. They tend to be on the less desirable end of that continuum of how to respond to student behavior in a way that offers meaningful feedback.

But as a continuum, it is not cut and dried. On the far end of undesirable are contingent, public, concrete material rewards; that is, kids know in advance that if they engage in a certain behavior they will get the reward (contingent), and that the awarding is done publicly and the reward is a “thing” (material). I have seen schools where students are so distracted by this approach that they lie, cheat, and steal to get an award for good character.

The way to be less destructive is to make the rewards:

In the latter case, that means shifting from reward to recognition, again ideally non-contingent and private recognition such as positive office referrals or simply a quick pat on the back.

Another important element is to couple the praise with what is called induction. That means explaining clearly why you are proud of the child and, in that explanation, focusing on the consequences of the child’s behavior—ideally, its effects on someone else’s feelings.

This is a powerful psychological technique, and where the real character education power will lie in such an interaction.

So when should you give rewards to children? As infrequently as possible, and only in the ways I have just described.

Kids don’t need your things. They need your positive regard and sincere commitment to the development of their best selves.

Russ Sojourner: The subject of rewarding children (or not) for doing the right thing can evoke strong emotion and can prompt considerable debate. In one corner are followers of passionate behaviorists such as B. F. Skinner and Edward Thorndike, who theorized that behavior can be shaped by the application or withdrawal of rewards and punishments. We can assume that they’d be strong proponents of rewarding a child for good behavior, believing that rewarded behavior is the behavior most likely to recur. In the opposite corner are passionate educators and authors such as Alfie Kohn, who strongly oppose any form of incentive program, believing that systems of rewards and punishments simply create blind compliance, rather than children who are good, responsible, and caring citizens.

As for me personally, I firmly—and, like the others mentioned above, passionately—state that I’m somewhere in the middle. I’m primarily an ardent believer in fostering intrinsic motivation (e.g., sense of accomplishment, fascination, calling, or belief that a pursuit is worthy in and of itself) rather than extrinsic motivation (e.g., using awards, prizes, certificates, praise, or public recognition). But I also believe there is a place for the latter under certain conditions and circumstances.

External motivators (or forms of feedback), when used deliberately, sparingly, and within clear parameters, can effectively bring about positive behavior change. Furthermore, as cognitive dissonance theory suggests, a child who chooses to behave in anticipation of a possible reward may ultimately come to believe that choosing the “right” behavior is simply the right thing to do. A fair dose of caution should be exercised here, though, with emphasis on guidelines such as the following:

Always remember that our goal is to inculcate in children a desire to be internally motivated to display outstanding character, without the need for external rewards.

Ultimately, our pursuit as teachers and parents should be a heartfelt wish that our children do the right things for the value of being good, not for the award of the dangled carrot or the avoidance of the threatened stick.