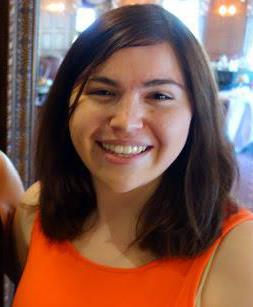 Second in a series by Rebecca Bauer, a graduate of a School of Character, who is now chronicling her student teacher experience.

Like most classrooms, we spent a good deal of time the first week discussing rules. We brainstormed a list together. The lead teacher wrote up a consolidated version and then every student signed it. We asked each student to choose the rule they thought was most important and to write a sentence about why it was important. One student did not finish in time and took his work out with him to complete it during recess. The boy decided that the most important rule was to listen.

He explained that we had to listen so that we could get marbles to put in the jar so that we could have a party. I agreed with him, this was something good that would happen if he listened. “But isn’t there any other reason that it’s important to listen?” I prodded. He stood patiently on the playground, took a moment to think, and came up with nothing. I let him go run off with his friends, feeling unsatisfied but knowing my quest to teach morals should not further interfere with his play time.

Positive reinforcement is an essential part of any classroom and the “Marbles in the Jar” system, where a reward is given when the jar is full, is quite simple and effective. It certainly helps remind children to do the right thing, but I remain unconvinced that they are doing it for the right reason.

One day, when the class was particularly chatty and nothing was working, I told them if they returned from lunch, put their lunchboxes away and sat on the rug quietly without any reminders, I would put a marble in the jar. The outcome was amazing. The children were focused and quiet and even monitored each other.

Once they all sat down on the rug and we put a marble in the jar, I engaged them in a bit of discussion about their behavior. “Today I offered you a marble to sit down quietly without any reminders because I wanted to see if you could do it and you could! I’m not so happy that you only do what you’re supposed to do when I offer you a marble though.”

A boy quickly chimed in, “Well if we behave when you give us a marble, maybe you should just always do that!”

A small part of me agreed with him. Aristotle emphasized the importance of habit and repeatedly doing good actions. If I could simply get them to respect others by listening quietly and working productively would that be enough? Would it help them to form strong work ethics? That sense of consistency and order would certainly make my life a lot easier. Bribing them with marbles to follow directions would be an effective way to do it, but that was not the message I want to send. “I shouldn’t have to offer you marbles to have you follow directions. Can anyone think of a different reason we should listen?”

Finally, someone else chimed in, “We should do good things because it makes the other person feel good.” This is what I want my students to know and I’m not sure incentive programs can teach it. That they should feel good for making others feel good. I wish that alone provided enough motivation. For some children it does and for others it doesn’t, which leaves us with a vast array of incentive programs to choose from, some which encourage more introspection and discussion than others.

My classroom also utilizes a “Caught Ya!” system in which each child is given a slip of paper when they are caught doing something good. They put their name on it and add it to the bucket. These are distributed for a wide variety of actions, most frequently following directions without being reminded or finding productive ways to spend quiet work time. At the end of the week, the teacher chooses 5 “Caught Ya!” slips from the bucket and let’s them choose from the treasure chest. It’s a lot of fun and the children enjoy it. To help keep them motivated, I explained to them that the more slips they get the more likely they are to be chosen. That being said, one flaw is that even if you earn many slips whether or not you are rewarded is still left to chance.

In the fourth grade classroom that I observed, the teacher distributed “sweet coupons,” which was a more direct reward program, in which students earned the coupon for positive behavior. I appreciated that the children could redeem their coupons for positive experiences rather than trinkets. They could earn privileges that granted them more personal freedom, like wearing slippers in the classroom or keeping a stuffed animal at their desk. Another option was having lunch with the teacher, which demonstrated the teacher’s willingness to offer her time and also helps to promote positive student teacher relationships.

My favorite program, however, was the school-wide P.R.O. award program. When a student was spotted doing something that was particularly thoughtful or kind, they received a People Respecting Others award. The teacher would present the student with the award at morning meeting and talk with the class about how the student earned the award. I gave one to a boy who found money in the cafeteria and turned it in. It was a great opportunity to discuss exactly why that was the right thing to do. Afterwards, the certificates are displayed on a board in the hallway and then sent home with the student.

These incentives programs are just a few of the many that are out there and I’m sure they all have many positive and negative attributes. As long as they don’t begin to consume the classroom, using multiple programs, one for more daily behavioral management and another as a platform for discussing moral dilemmas might be beneficial. Ultimately, as with most classroom decisions, it will depend primarily on what works for the teacher and the class, and regardless of the program you choose, it’s most important to be cognizant of the message it’s sending.