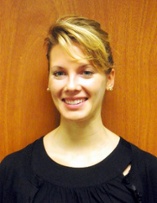 If my students don’t get certain test scores, my job is in jeopardy, asserts the overworked teacher. I don’t have time to teach math AND character.

“What do you mean, you’re going to teach my child character?” questions a suspicious parent. “I don’t want the school to teach him something against my values.”

People are going to be mean no matter what you try to teach them, argues the jaded teenager. All of these “character” programs are a big joke.

These statements are valid—if you are referring to a very limited, narrow approach to character education. We all know the type. It’s characterized by inspirational posters on the wall, times set aside throughout the school year to didactically teach students about a particular character trait, and outdated videos that oversimplify the nuances and challenges facing young people developing a personal code of ethics. Yes, the core values highlighted on the posters and in the designated “character times” are concepts we can all agree upon—surely, that suspicious parent would not object to her son learning about respect, responsibility, integrity, and perseverance. Yet this rather half-hearted attempt to promote the values essential to a student’s (and society’s) optimal development while appeasing the naysayers is not particularly effective, and it has created a widespread misconception of character education as the “soft” part of education that is difficult to dispel.

Difficult, yes, but impossible, no. The case for character education is certainly there. Numerous studies (Angela Duckworth’s grit scale and Joseph Durlak’s meta-analysis of SEL programs come to mind) have shown that particular character traits—such as being able to persevere in the face of failure, make responsible decisions and goals, recognize and manage emotions, establish positive relationships, and constructively handle interpersonal situations, among others—predict success above and beyond IQ. Given that schools were created to equip young people with the skills necessary to succeed in and eventually lead our society, it seems irrefutable that they should not only help their students to attain certain test scores, but also intentionally work to develop these personal qualities in students that enable them to succeed beyond the classroom as well.

The framework for developing a comprehensive, successful character education program is also in place. A growing number of schools across the country have used the Eleven Principles of Effective Character Education to bring staff, parents, and, most importantly, students, together to create a more caring and productive learning environment. Those schools that have received the highest marks according to the 11 Principles assessment tool saw numerous concrete indicators of whole school improvement. For example, students were treating others with more respect. Violence and bullying decreased. Substance abuse declined. Teacher morale and retention improved. Parental involvement increased. And, of course, that lynchpin of all good schools, academic achievement, also significantly improved.

The question remains, then, how to take these success stories to the masses and publicize what effective character education really looks like. If teachers knew that effective character education is the cultivation of a nurturing classroom culture rather than an additional item to fit into the busy school day, they wouldn’t feel as though their agenda were too jam-packed for character. If parents knew that their children would be encouraged to reach their fullest potential in a more respectful environment, they wouldn’t view character education as an attempt to undermine their role as primary moral educators. And if students were involved in creating their own character development initiatives, they wouldn’t dismiss them as an outdated waste of time.

Please help CEP spread the word on what effective character education is and what it is not. We’d love to hear your ideas on how we can further the movement!