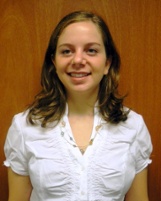 Monday, February 28th brought us news of another school shooting—this time in Chardon, OH. The entire country has been rocked by this violent act that killed three students and injured two others. This is news that we hope to never hear again.

I must admit that I was not shocked when I heard about the shooting. I had just turned 10 years old when the Columbine shooting occurred, so I’ve grown up with school shootings in the news. When I was in elementary school in Minnetonka, MN, a 5th grader brought a knife to school. Bomb scares happened every so often during middle school and high school, and gun scares were not unheard of on my college campus in Princeton, NJ. While some of us might deny that a school shooting could ever happen in our community, it seems all too possible to me.

Having graduated college back in June, I’m a relatively new employee here at CEP. Joining CEP has pushed me to think about issues such as school violence in new ways. I have realized that violence is something that schools can both prepare for—just as Chardon High School did by creating a response plan to deal with violence when it occurs—and prevent. Can we work toward a new future where shootings and other acts of violence are rarities in school settings? I think so.

We have all heard that instances of school shootings, teen suicides, and other violent acts have been connected to bullying and lack of acceptance at school. Given this, the shooting on Monday highlights the importance of creating safe and caring school communities. Comprehensive character education efforts can build an atmosphere where students feel included, connected, and part of their school community; where both students and teachers step up to report bullying and stand up for victims; where teachers check in with vulnerable or troubled students instead of hoping, “she’s fine” or “he’s too much trouble”; and where parents are involved and engaged. This may seem like just a dream to many, but it is achievable—just ask many of our National Schools of Character!

There are, of course, countless reasons why acts of violence take place in schools. Still, recent events in Chardon remind us that schools—together with parents and their communities—can work to minimize these occurrences. Let’s work together to make each student feel safe, valued, and strong enough to do the right thing.

Question: How does your school work to create a safe and caring school community? Please let us know by posting a comment below!