A Tale of Two Schools: Valuing Development Over Control 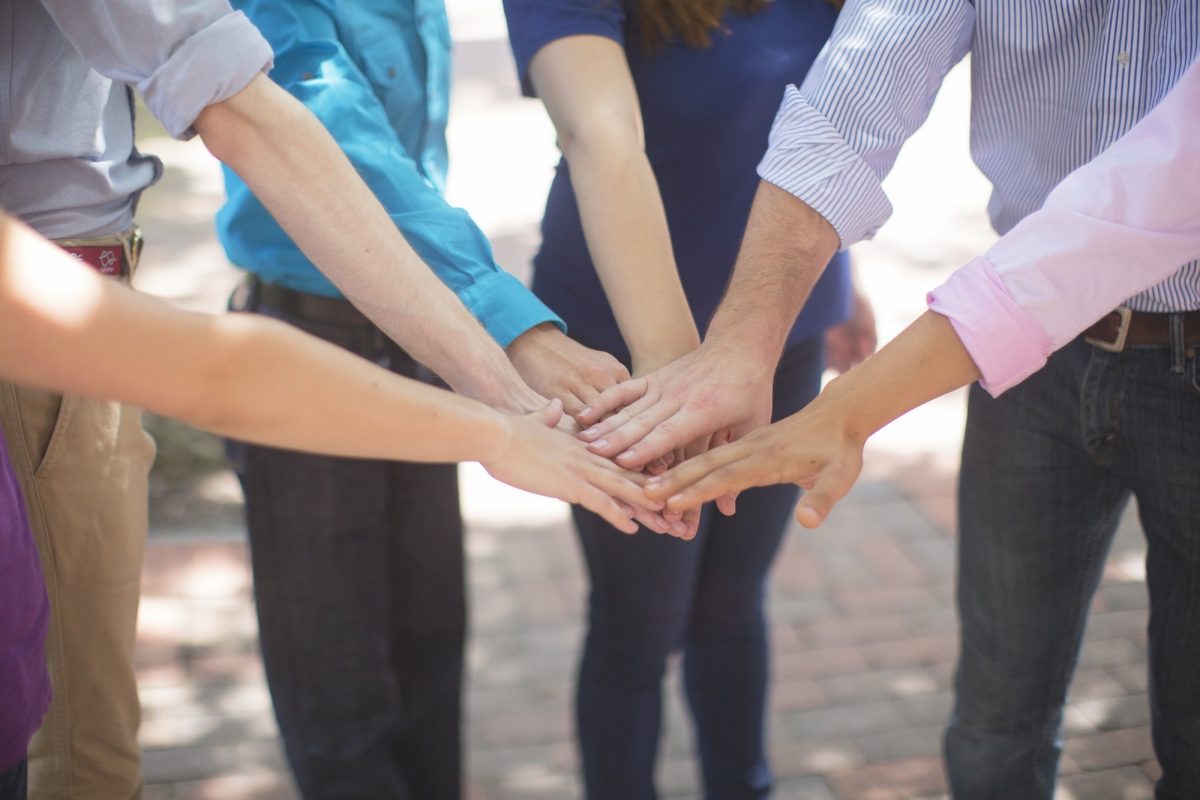 At least 15 years ago I received a letter (people still wrote those then!) from an educator who had recently heard me in her school district.  She shared with me how she had moved to a new large school district, interviewed at two schools and accepted the job at one of the schools. The letter really impacted me and I was honored that she shared it with me.  Now the actual letter is long gone but I remember it in great detail and will now share it with you in her words. The following is her story.

My first job interview was for a 7th grade Language Arts/Social Studies position at a middle school that we will call, “West” Middle. After parking and walking towards a side entrance before first period, I noticed a lot of paper lying on the grounds. Indeed the school, on the outside looked dirty and un-kept. Students were running towards the building and yelling as they entered the school. Profanity was readily heard in the hallways as I walked towards the office. While in transit I heard the tardy bell. Yet, many students were still in the hallways. One adult was urging the students, with a bullhorn, to clear the halls and get to class. As I walked towards the principal’s office, I also noticed that teachers in the classrooms were raising their voices to “encourage” the students to sit down and get ready to begin their first period class.

As I walked into the office, no staff or receptionist addressed me.  I was there for five minutes at the counter before the school secretary asked, “What are you here for?”

I told the secretary that I was there for a job interview. The secretary told me to sit down and someone would be with me shortly. Ten minutes later the principal walked out, greeted me and began the interview when we reached her office.  I was quickly told that 70% of the students were on free and reduced lunch, and that poverty contributed to their behavior. I was also told that most of the teachers were new to the school and that, if offered the job. I could make a “real difference” in the school. As part of the interview, I walked around the school with the principal. I noticed that many of the students were not paying attention during the class time. Upon the conclusion of the meeting, I thanked the principal and as I left the building during class changing time, I was accidently pushed and jostled, as I walked out of the building and headed towards my car. Later that evening, the principal called and offered me the job.  I told her that I had one additional job interview the next day and would get back to her shortly.

The next day I had another interview for an eighth-grade Language Arts position at “East” Middle.  Like the first interview at “West,” this interview was scheduled during the first period of the school day. I arrived early and as I began walking towards the main entrance, I noticed the grounds and building were quite clean. Several students and adults spoke to me as I walk into the school. As I entered the building I noticed that many children were heading toward their classrooms. The students seemed happy. They were laughing and talking but were not disturbing others.

Teachers and other adults were in the halls talking with the students.  A brief bell rang with an accompanying announcement that everyone had one minute to move to their “advisories.” Within 45 seconds the halls were clear and, as I slowly walked down the hallway and peered into the classrooms, teachers and students were talking to each other as they were sitting down at their tables and desks. As soon as I walked into the main office, I was greeted by the receptionist. I stated that I was there for a job interview and was subsequently shown where to sit and offered a cup of coffee.  I noticed that in the office everyone, students and adults alike, were greeted with kindness and respect.  Immediately after morning announcements, the principal come out to greet me. She invited me back to her office for the formal interview and introduced me to the other office personnel as we walked back.  The interview was comfortable but clinical.  There were four people, the principal and three teachers interviewing me. I was told the strengths and concerns of the building.  I was also told that this school had a balanced staff of beginning, mid-level and senior staff and turnover was rare.

I was also told later in the interview that approximately 70% of the children were on free and reduced lunch but that, “economic poverty did not translate to social and moral poverty.”  The principal and interview committee walked me around the building.  I noticed the teachers were engaged with their students and the students are engaged with their teachers.  The principal bragged about the physical education, art and vocational aspects of the school that, “were not tested but were essential in the life of the school.”

In one self-contained classroom of students with autism, students from one of the elective classes were working with the special needs students. I was told that half of the cafeteria workers and several of the school aids and assistants had been parents who volunteered in the school and then sought employment here. Upon completing the interview, the principal stated that I was the last person to be interviewed for the position.  At 4:00 that afternoon, I received a phone call.  I was offered the position and accepted it immediately.

Begin at the Beginning

Now what is interesting about her letter to me was the fact that the schools were both serving the same socio/economic students and families, but how they served their students made all the difference. It seemed to me that “East” Middle valued relationships and routines in their school that were designed to develop character in their students as well as others stakeholders in the building. “West” would have been hard placed to state what they valued other than maintaining order.  “East” valued development and “West” valued control. As we are beginning a new year with our new or returning school family, let us take some time, as school stakeholders, to determine, model and live what we value as we spend this potentially wonderful year together. Let us examine our prejudices and commit to fostering positive relationships among all stakeholders as we develop routines that will enable all to prosper to the best of their abilities.  This is not easy and it will take time, but I assure you it is worth the time and effort.  You see, I want my future grandchildren in a school like “East.”  I want them around people like the faculty of “East.”  How about you?

Dr. Philip Vincent is the former Director of the Character Development Group and Character Development Publishing. He is also a 2007 Sandy Award winner.  Phil has published numerous books and has traveled extensively throughout the United States and Canada working with schools and school district on comprehensive character education.  Phil lives in the northwest mountains of North Carolina with his wife Cindy and their dogs.  He is presently awaiting news of a (hopefully) forthcoming grandchild!  You can reach Phil at pfvccvmkv@aol.com and yes he still prefers that email address!!!!! You can check out more from Dr. Vincent in his book Relationships + Rules + Routines = Results.